Which Insects Are Pollinators?

11 February 2021
Revive a Bee is reader-supported. We make a small commission when you purchase any products displayed on this page.

Before you can truly answer which insects are pollinators, you must first understand what pollinators are.

In short, a pollinator is any animal or insect that transfers pollen from the male anther to the female stigma of a flower/plant. This process of moving pollen between flowers allows plants to reproduce and is essential to food crops and plant crops globally.

Learn how much of our food supply is pollinated by bees?

When most people think of pollen distribution they immediately think of insect pollinators. While insects play an essential role there are plenty of other animal pollinators who do their bit.

Here is a detailed list of some of the most efficient insect/animal pollinators.

Without a doubt the most well known pollinating insect and clearly the primary pollinator. Unlike other insects, the honeybee specifically, is used for pollinating on a truly global scale.

Check out our short read on which fruits do bees pollinate?

Huge populations of honey bees are used to pollinate vast swathes of food crops when natural methods such as wind cannot be risked.

On a much smaller scale, bumblebees will collect nectar and pollen from wildflower meadows and any available nectar source. Hundreds of other bee species rely on nectar and are major wild pollinators. Find out more about why bees collect pollen.

This means due to their physical composition they are less able to transport pollen/ pollen grains on their body. The lack of hairs on the wasp's body has led some to disregard it as a pollinator but nonetheless, wasps are responsible for pollination on a small scale but are rarely pollinators in comparison to the others on this list.

Check out our article on when wasps die off and what happens to their nest.

Several species of beetle are attributed to pollination. Some of the better known pollinating beetles are ladybugs, checkered beetles, long-horned beetles, sap beetles, soldier beetles, soft winged flower beetles and net winged beetles. A beetle was in fact the first of the known prehistoric pollinators.

Butterflies are fond of the rich nectar contained within flowers. This has led them to become handy pollinators in their own right. Unlike bees pollen does not stick to their whole body, this added weight would be too much for the delicate wings of a butterfly. Instead, pollen grains stick to the legs of the butterfly as it travels from flower to flower. Some of the best-known butterfly species are the monarch butterfly, tailed jay butterfly and paper kite butterfly.

Which birds and mammals are pollinators?

Not as busy when it comes to pollination but fascinating pollinators none the less.

Specialist animal pollinators, hummingbirds are very fond of the nectar contained within native plant species. Hummingbirds are specialists at extracting nectar but even with their elegant manoeuvring they still manage to get small pollen grains all-around their beak. As they travel from flower to tropical flower they pollinate on each concurring visit. Hummingbirds drink nectar from all sorts of plants and it is one of the few times you can take a clear photo. While some hummingbirds rely on nectar they are considered nonselective pollinators.

In the depths of Australia, there is a small possum that is one of the little known animal pollinators. These highly efficient pollinators target eucalyptus and banksia flowers in search of pollen. Taking their time they use their long tongues to extract nectar from within the flowers. As they guzzle the golden nectar within their pointed snout becomes covered in pollen grains. This is then transported from flower to flower in a wide range across the Australian jungle.

There is a population of specialist pollinators located in Madagascar that are the main pollinators of traveller's trees. Lemurs are specialist pollinators for a number of reasons. The trees stand 12m high from the soil and the tree's flowers are contained within a tough bract. But these ingenious pollinators have adapted to their environments perfectly. Using their long, narrow snouts they dive deep within the flower to extract the nectar within. Their furry snouts are perfect for the pollen to cling to. No other animal is strong enough to open the flower of the traveller tree so the lemur is responsible for the continued plant growth. There large size awards them the title of largest animal pollinators.

What do pollinators do?

In short, pollination. All pollinators are responsible for spreading pollen amongst flowers and plants. Many species of plants can only reproduce via pollination by insects and rely on insects for pollination. This process occurs all across the world and is essential for crop production/crop pollination. In many cases, fruits like avocado in Australia are artificially pollinated by large managed honey bee colonies driven around in large trucks. These essential pollination services ensure the commercial viability of some crops and in a lot of instances, pollination wouldn't be possible without them.

Why are pollinators important?

Pollination by insects and other animals is responsible for approximately every third bite of our food. As pollen is carried flower to flower by beneficial insects and animals it aids in the successful pollination of crops and in the pollination of wild plants. Populations of animal pollinators will often live in a symbiotic manner with a population of plants. Animal pollinators are truly essential to our survival and without them, we would not exist. Researchers have dedicated vast swathes of research time to understanding the habits and behaviours of pollinators to ensure their continued survival.

Fragrant flowers and sugary flower nectar act as strong signals to effective animal pollinators. Plants such as colourful orchid species display telltale signs of signals designed to attract visits from species of pollinators. Orchids produce an energy-filled liquid called nectar. Animals use nectar as a precious resource to keep energy levels up while they spend a day foraging. This association with flowers and sweet rewards means that flowers have adapted a clever method of encouraging a flower visit. This synchronicity between animal and plant ensures are continued survival within the ecosystem.

The most common locations to find pollinators are large swathes of wildflowers or agricultural land. This abundance of resources is perfect for pollinating visitors. Flowering plants are always a good location to hunt for a population of pollinators.

What part of flowers attract pollinators?

Many varieties of plants rely on types of animal pollinators to move pollen from the male anther to the female stigma. However, it is not the pollen that is so appealing to all of the types of insects and other pollination specialists. Bright colourful petals act as a tantalising lure for many species. The beautiful intricate flowers even have alluring properties unseen by the human eye. Bumblebees and honeybees are able to see in ultraviolet and unbeknownst to us, leaves and petals display clear landing strips encouraging a variety of guests.

A plant's second method of attracting animal pollinators is its sweet, energy-filled nectar. Bees, birds, bats and a variety of insect species all rely on this precious resource. Unlike honeybees, other efficient pollinators have no use for pollen and are purely focused on consuming the set nectar contained within the flower. Pollen from plants will often touch the visitor in question and pollen grains will be transported unknowingly by the guest. This backup, if you will, has ensured plants are able to reproduce and maintain the delicate ecosystem that supports animal pollinators habitats. 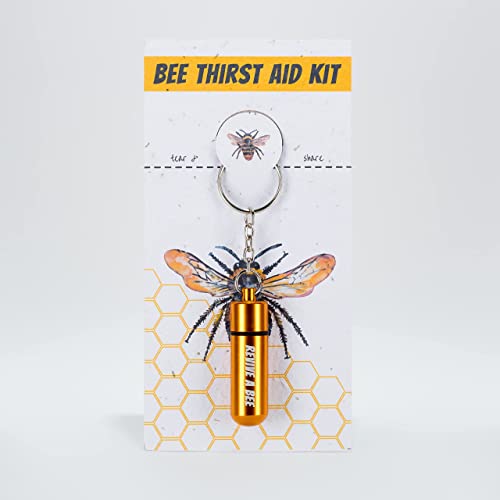 What's a bee feeder and do I need one?